At Thinkre™,sustainability is an integral part of our organization culture.
Our vision is to empower generations with new materials which are at the heart of clean energy creation.
This vision has been driving our following ambitions and priorities.

At the September 2020 United Nations General Assembly, Chinese President Xi Jinping told other world leaders that China’s carbon dioxide emissions would peak before 2030—and that China would reach carbon neutrality by 2060.

Thinkre™’s membranes take the following forms to play a critical role in the transition to a clean energy and green economy. 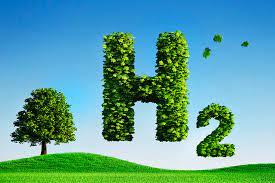 International Energy Agency in June 2020 notes that the number of global electrolysis hydrogen production projects and installed capacity have both increased significantly.
In PWC's 2020 The Dawn of Green Hydrogen report, the advisory predicts that experimental hydrogen will reach 530 million tons by mid-century.
Thinkre™’s membranes are the core part of electrolyser for hydrogen production,in order to meet the dramatically increasing demand,Thinkre™ has just built 1 industrial park capable of production of 5M m² membranes for hydrogen production application.

PEMFCS combines H2 with oxygen (O2) from the air to generate electricity,leaving only water vapour as emission only.
Thinkre™is doing its part to provide PEMFCS manufacturers with state of the art membranes.

On 22 March 2022, China released the 14th Five-Year Plan (FYP) for the energy sector, covering development plan through 2025
As the first energy-specific FYP released following China's carbon pledges, the policy pivots China's energy sector toward the long-term transition goals and the establishment of a modern energy system that addresses both sustainability and supply security issues.

Whether you are a practioner in the energy industry,transportation industry,chemical industry,our experienced technical team can provide you with optimized solutions.